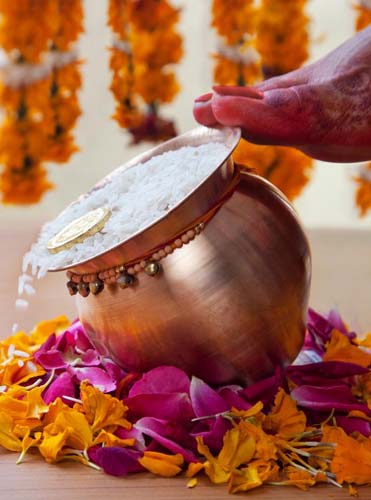 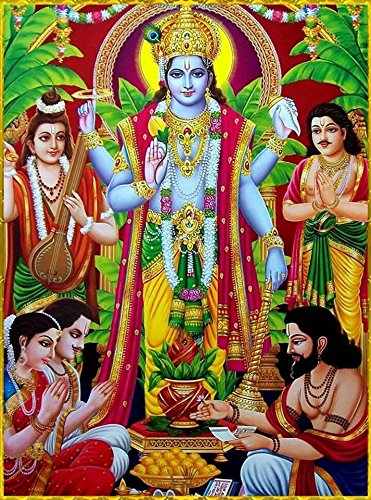 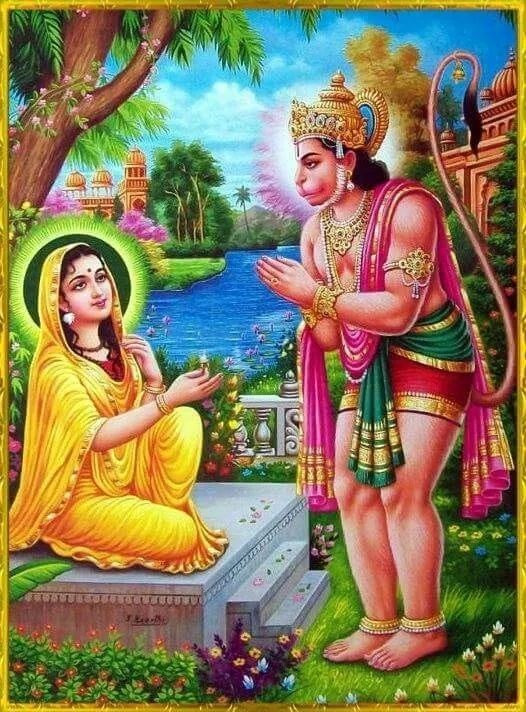 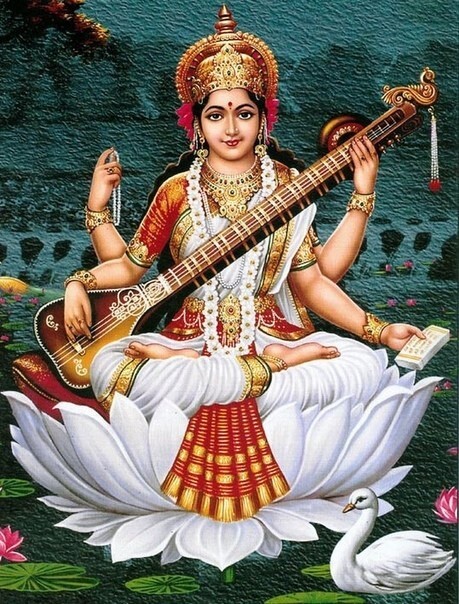 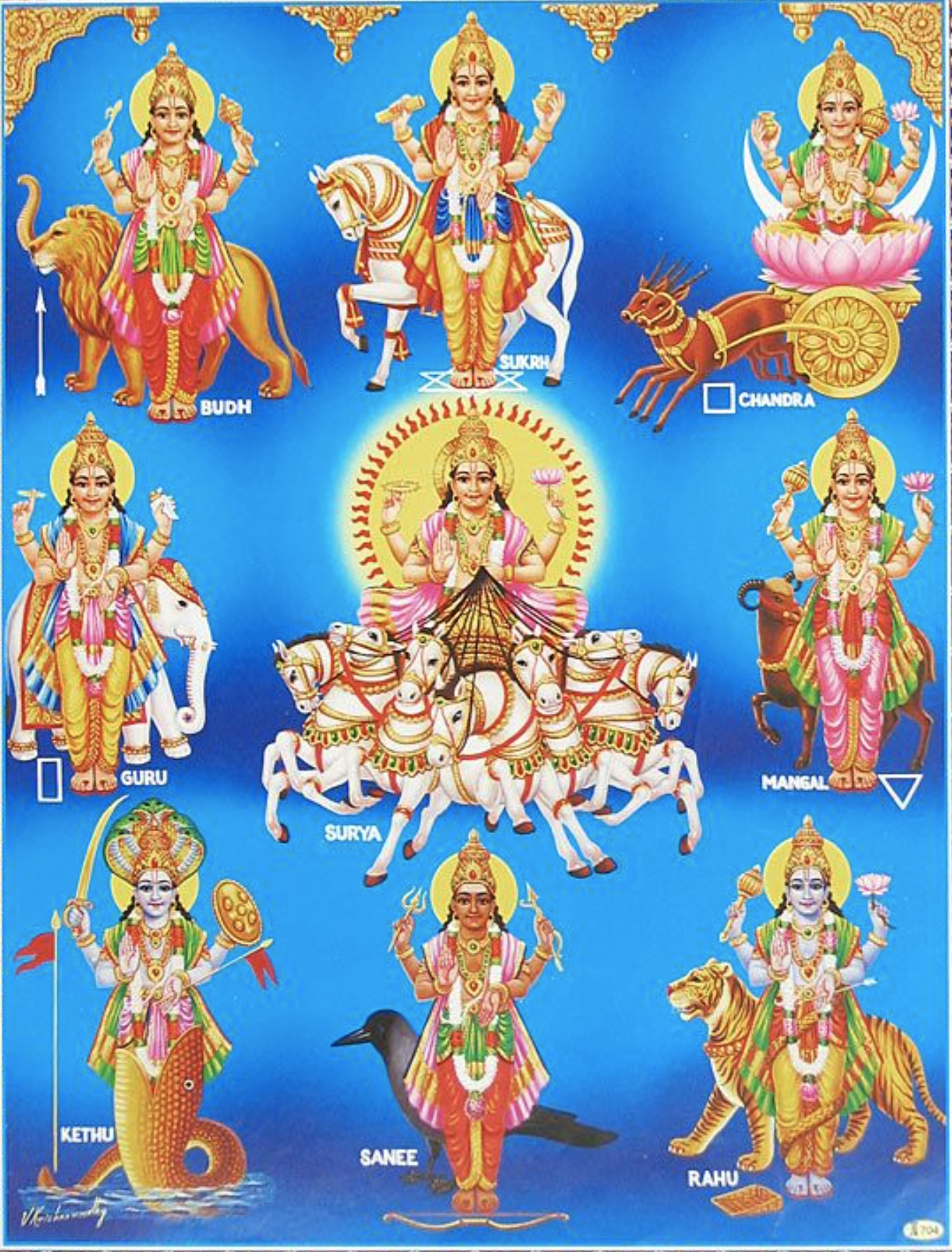 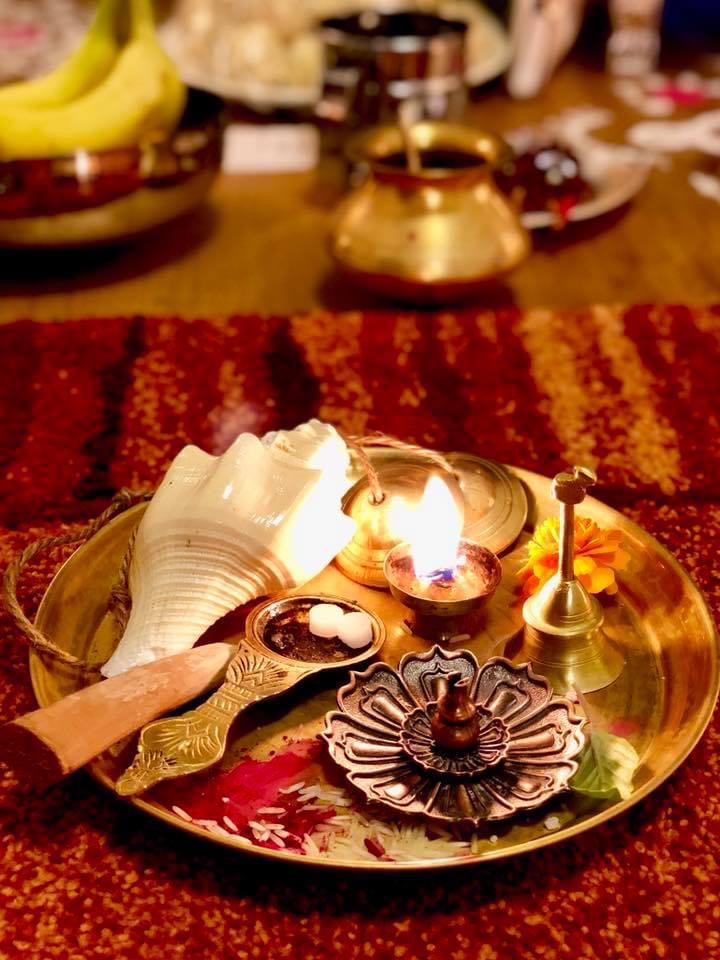 Your request is successfully submitted. We will get back to you with the next steps shortly. If you have any queries, please write to admin@pujarig.com

Get rid of karmic debts and sins and take a step towards purity. No matter where you are physically located, perform the rituals the way they should be; under the guidance of a qualified priest and by using the supplied pujan samagri.

Because when you do a Vidhwat Anushthan, you bring an inner joy within yourself. You feel connected to the supreme. You uplift yourself from physicality and enjoy spirituality.

Our culture is ancient. We usually do not bother why we do certain rituals in certain ways. Our qualified priest answers your most inquisitive questions.

If a Puja you want to perform is not listed, choose ‘other’

We send you the needed pujan samagri by post

Couple of hours before the Puja, pujarig helps you in setting up the Idols and Darbar. You may also ask any questions to him / her on WhatsApp, Zoom, or similar technology 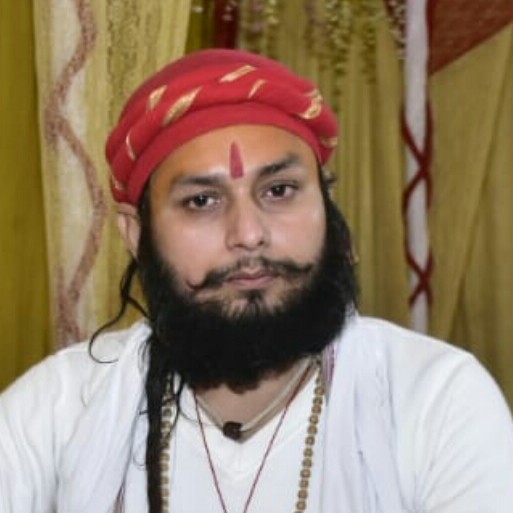 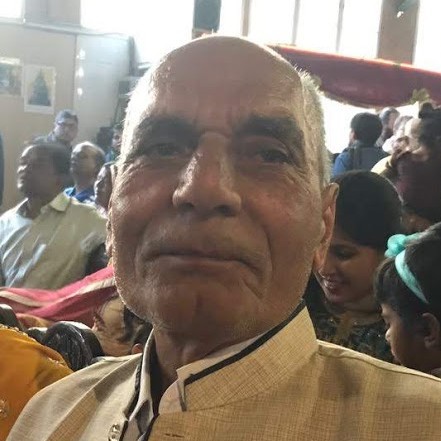 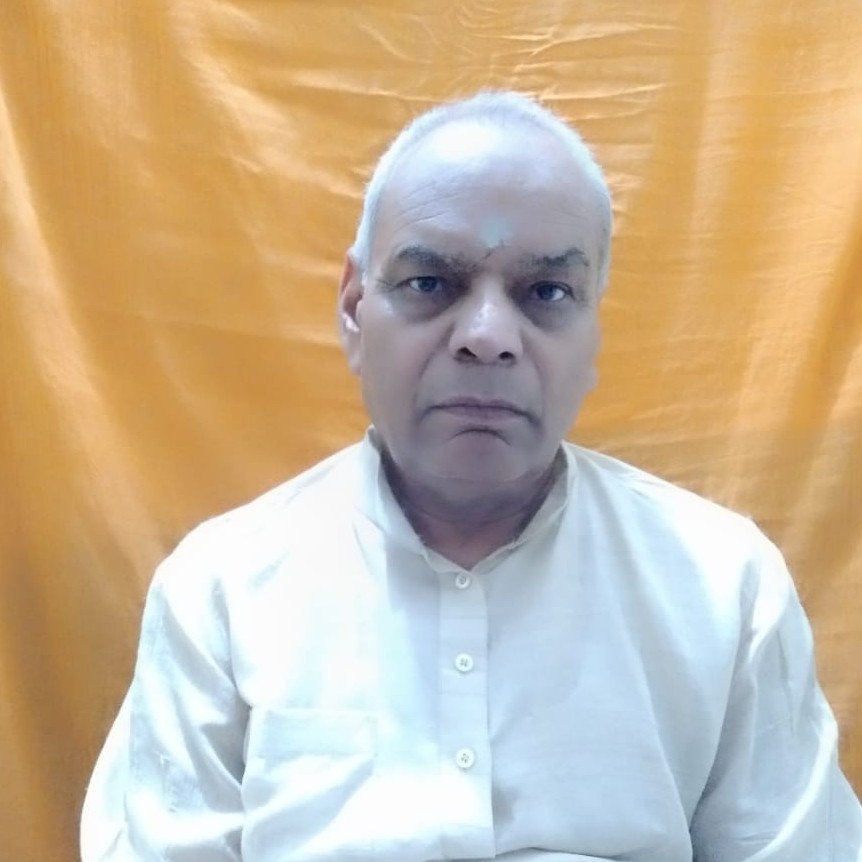 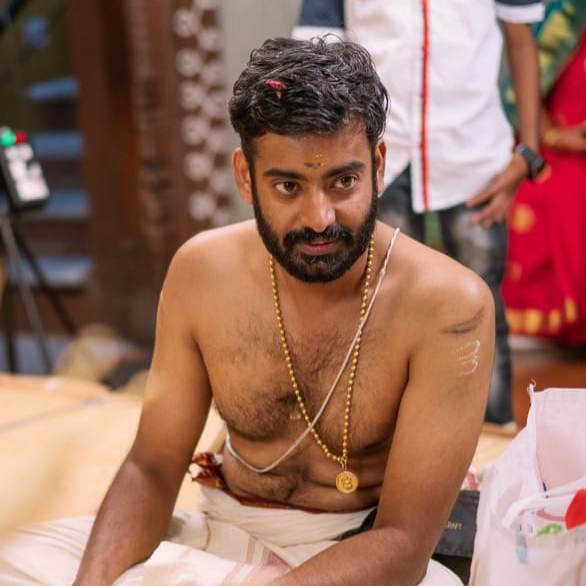 Acharya is affiliated with Bhartiya Jyotish Sansthan with specialization in Bhrigu Samhita which he got as encesteral inheritence gift. He started contributing to the Yagya, Havan, and Puja rituals at an early age of 13. Acharya Vimal has specialization in the following:

Being internet savvy he had already instructed online on several occasions.

Pandit Sharma ji has degree in B. A. Sanskrit. His spritual education has essense of knowledge of multiple generations being in the spritual and religious activities. He started performing rituals in year 1970. He hails from Bhopal, Madhya Pradesh.

Pandit ji is having several decades of experience in performing Puja rituals. He is very reasonable, sensible and at the same time meticulous in performing the rituals.

Pandit Gautam ji hails from a small village named Karara Kala (or Khere) in Jhansi district, Uttar Pradesh. He has deep knowledge of Hindu rituals, Panchangs, and Astrology. His family is Purohit since many generations. He masters facilitating and mantra chanting as it is performed in Bundelkhand culture.

Br Sri Jayarama Sharma hails from a family of Vadhyar’s (Vedic scholars and purohit who have performed yagna sacrifices and are performing Agni hotric rites daily throughout their lifetime) He was born in Mathur Agraharam on the 27th of Feb 1988 to Br Sri Sankaranarayana vadhyar and Srimathi Lakshmi Ammal. Mathur Agraharam is a village in Palakkad where hundreds of Deekshithar/Vadhyar families are living for generations up to today. His Paternal grandfather is Br Sri Parameswara Vadhar (Rigveda Rathnam) and his paternal grandmother Seethalakshmi Ammal.

Vadhyar(Panditji) After being initiated into the scriptural and vedic studies at a very young age, he gained excellent mastery over Vedas through his invaluable training and practice with the great saints Upadyaya Chakravarthi Br Sri Rashamani Vadhyar ( Dwi vedhi – Rigveda and Yajurveda), from his father Br Sri Sankaranarayana Vadhyar, and also from Br Sri NARASIMHA SASTRIGAL. Beside with the Vedic he has completed his Postgraduate in business administration also certified CMA.

Sri Rashamani Vadhyar gave him an extraordinary knowledge and mastery over Performing Poorva Apara Prayogam(Vedic rituals&rites) & Bhagavatiseva[special pooja for godess durga]. On the professional front, he has been fortunate to learn, and practice to perfection the Vedic rituals and Veda Parayanam, from some of the most learned Vedic Scholars and Priests in India. In 2011 he moved to bangalore and joined with Priests Sri Rama Vadhyar and Lakshmana Vadhyar for getting more training In Vedic Rituals.

Living outside India without all the family members, it was quite difficult to manage and plan so many things for our new home. At the same time, we wanted to have a Grih Pravesh Pooja with all the indian rituals. With PujariG we were able to concentrate on the former and for the latter part, we could relax as they helped to plan out ( Pooja Samagri list, Panditji, Technical aspects etc.). Grih pravesh Pooja went smoothly and we could concentrate on things related to moving to our new house. Now with ever increasing demand of online services I believe this is definitely going to help many more like me in coming times. 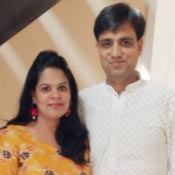 I wanted to have Satyanarayan Katha after moving to my new house. Finland is a remote country with limited access to Indian items. From pujarig.com I not only got the essential puja samagri by post but also a very professional priest who had the rituals conducted as they should be. I saved both time and money as I need not search for a priest or for puja samagri. I highly recommend pujarg.com. 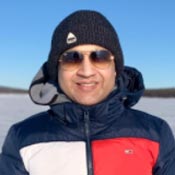 Vastu Shanti is a very crucial ritual to be performed before moving into your New Home. I bought an apartment in Berlin in 2020 and the next big stress I had after all the mortgage and paperwork was about performing Vastu Shanti. When it’s your home you want to do things in a perfect way and have a good start and a good life in your home. In India, you have a lot of help from your family and the pandits usually offer an entire package and get all the samagri for the pooja, all you have to do is to just perform it.The major challenge for me in Berlin was “Where do I get the samagri?”.
Read More 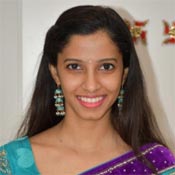 Vastu Shanti is a very crucial ritual to be performed before moving into your New Home. I bought an apartment in Berlin in 2020 and the next big stress I had after all the mortgage and paperwork was about performing Vastu Shanti. When it’s your home you want to do things in a perfect way and have a good start and a good life in your home. In India, you have a lot of help from your family and the pandits usually offer an entire package and get all the samagri for the pooja, all you have to do is to just perform it.The major challenge for me in Berlin was “Where do I get the samagri?”. I started looking online and came across pujarig.com. A few days later Mr Manish contacted me and gave me tips on how to perform the havan and what all pieces of the samagri was available with him. My mother in the meanwhile sent the Vast Purush and a small Havan Kund via India post. Some of the samagri required for the havan I got from pujarig.com and some I bought from local grocery shops and borrowed from friends. My mother arranged the Panditji from Pune and I was in continuous contact with him through whatsapp while buying the samagri, we had to make a few alterations (eg use hazelnuts instead of betel nuts, etc) .

The evening before the actual Vastu Shanti pooja, I did all the setup according to the instructions given by Panditji. He had sent me photos and diagrams of the setup. The setup for the Vastu Shanti pooja is a bit complicated and has to be in a certain format and geometry, but I was glad that the Panditji instructed me very well on the setup too. The next day the Vastu shanti pooja was performed online on Zoom. I connected via my laptop and placed it in a position where Panditji could see the entire setup and me performing the pooja. He explained each and every detail and why the ritual was important. My sister and a friend were also present to help me if I needed anything while performing the pooja. The Havan was also a big success and I could feel the positive vibes while the mantras were being chanted even though via the laptop. All the stress of getting things ready for the Vastu Shanti actually vanished during the pooja itself and the home felt blessed and peaceful after the pooja and my mind too. 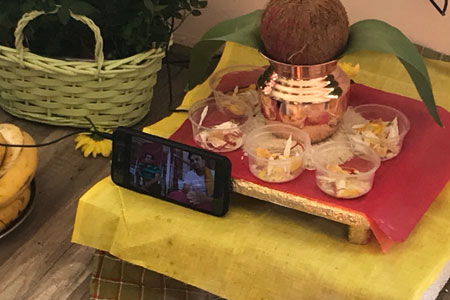 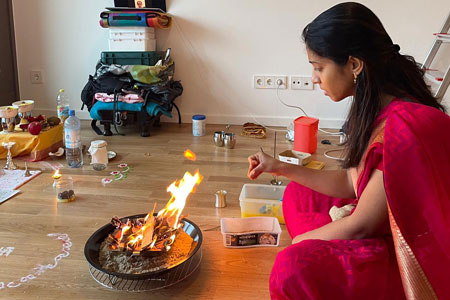 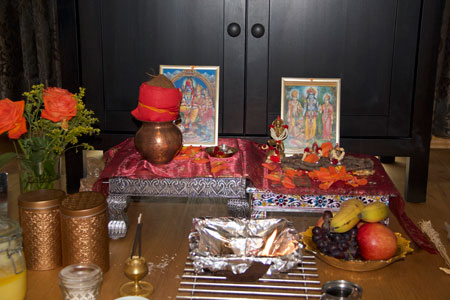 What personal data do we store?

How do we use your data?

We use your data to to perform Online Puja and to send Puja ingredients.

We share your contact and location details with the pujari ji who is supposed to perform the puja. We may also share your address to our trusted partners to get the puja ingredients delivered to you.

How to remove your data from our servers?

Please send an email to admin@pujarig.com from your registered email address asking us to delete your data. We may still have to keep some of the data due to the legal requirements.

We strive to give you the best possible experience. But when a puja cannot be performed or delayed by more than 2 hours due to the non availability of the pujari ji on our platform, we limit our liabilities to refund the money towards the Dakshina payment. The puja ingredients have to be returned in order to get a refund for the same.

We cannot be held liable for the damages caused by the other service providers directly or indirectly associtated with pujarig.com or its services.

The website (pujarig.com) states many benefits which arise from doing the rituals. Those benefits are believed according to the Hindu mythology. The website, in any way, does not guarantee about any of the benefits and advises users to use their own descrition.

We keep on learning to serve you better. Please write your feedback and concerns to admin@pujarig.com or on the contact form. We shall get back to you within two working days.

All photos uploaded by the users of pujarig.com are considered to be public and pujarig.com can display the photos on public domain. All the photos on this site are believed to be public and free to use. If there is a picture on this site that has a copyright then the owner can email us at admin@pujarig.com and we will remove the picture. All trademarks belong to their respective owners. Attributions for images: 1) https://pngimage.net

Business is registered in the name of